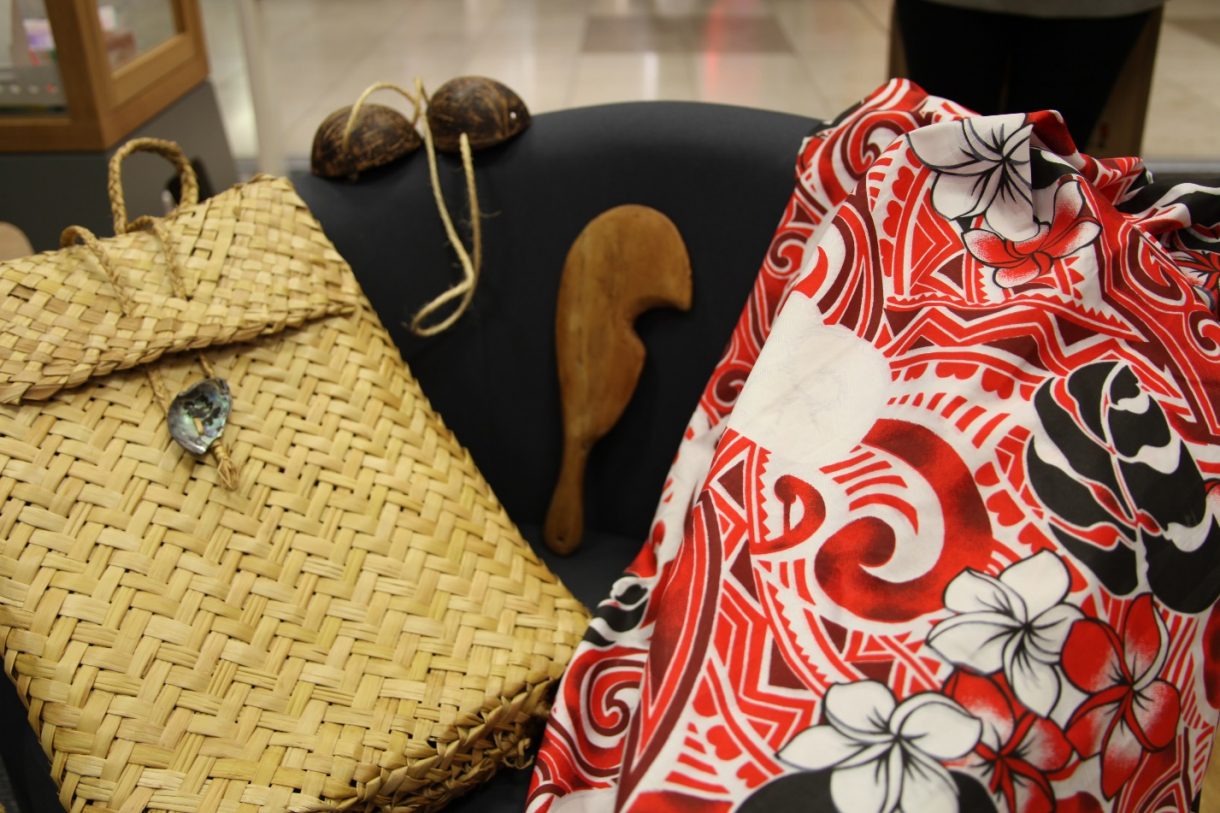 The diverse community of Lewisham seems to be represented in our Exploration case in the window of the Travellers’ Tails pop-up. And one of the many great things about working there is meeting all the fantastic range of visitors who walk through the door. Most aren’t expecting to find a museum in the middle of East Mall, where a Phones 4u once stood. But several have walked straight up to the handling object case and pointed out objects they know or recognise, and gone on to inform us all about them. One such conversation was with Tui, a young Lewisham resident originally from Samoa in the Pacific. His family emigrated to New Zealand and now live in London.

He was drawn in by the enlarged William Hodges painting laminates of the Pacific covering the walls, and came straight up to the handling case; he told me all about the different designs of Polynesian tapa. Samoan is typically more floral, whereas Hawaiian is more geometric. The samples in our handling collection combine both – they are from Tonga and Fiji. He promised he would return with some of his own Pacific objects to photograph for our Exploration case. 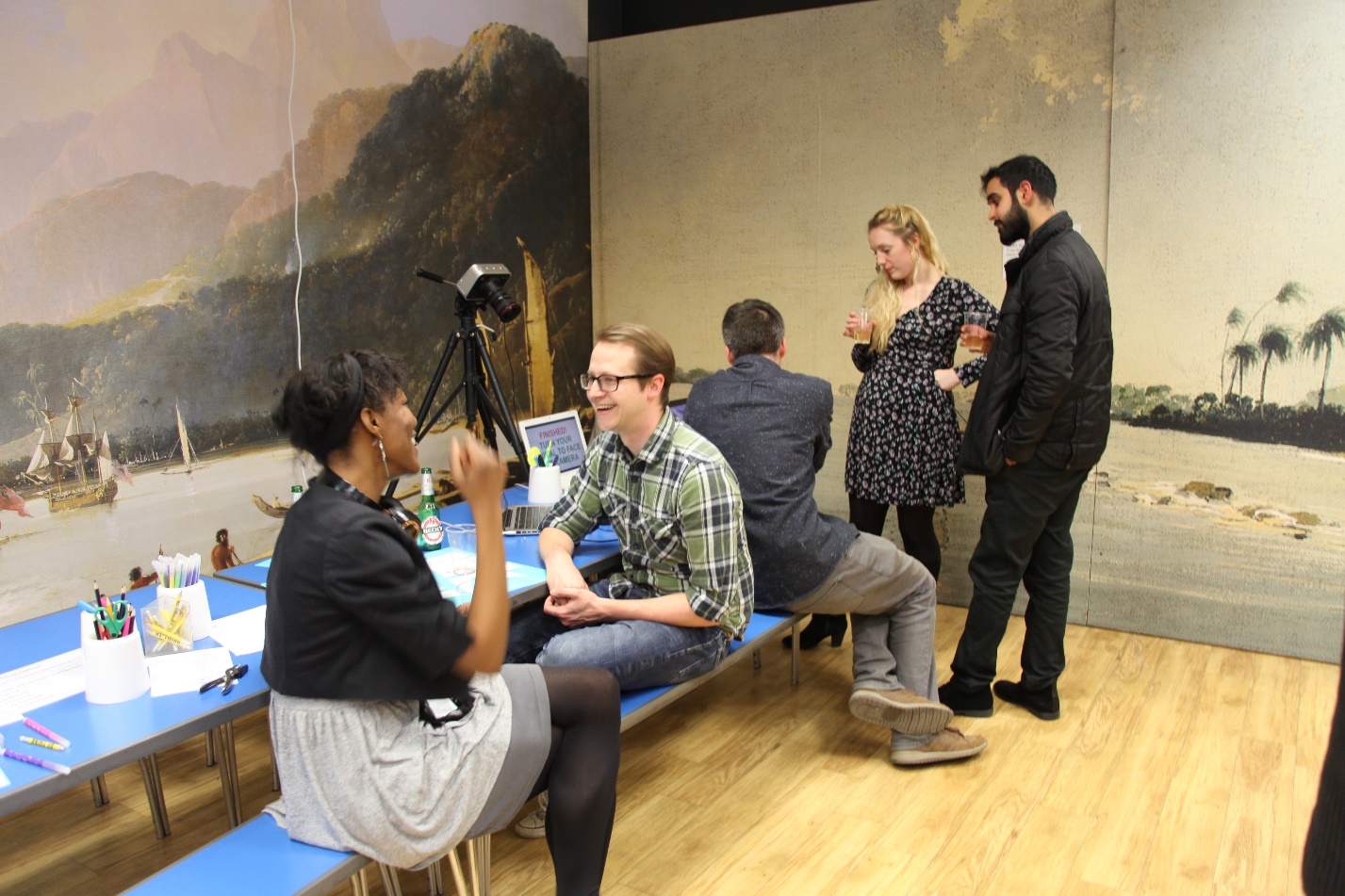 Over the weeks visitors have shared recipes for breadfruit that grows in their yards in Jamaica, or their grandmothers’ recipes for boiling and frying it. Another recognised the Tongan tapa cloth because he had got married in a piece when he married his Tongan wife. He told me about some of the negative impacts of the missionaries on the community in the 19th century, such as disease, but also that families still send pieces of tapa cloth to family who have emigrated today and that it is still very much a prized part of their culture.

The day Tui from Samoa came back he brought with him a wooden club he had carved as a boy, a woven basket made by his grandmother, some generic Polynesian fabric and a bikini made from coconut shells made (but allegedly not worn) by his younger brother! It was fascinating. 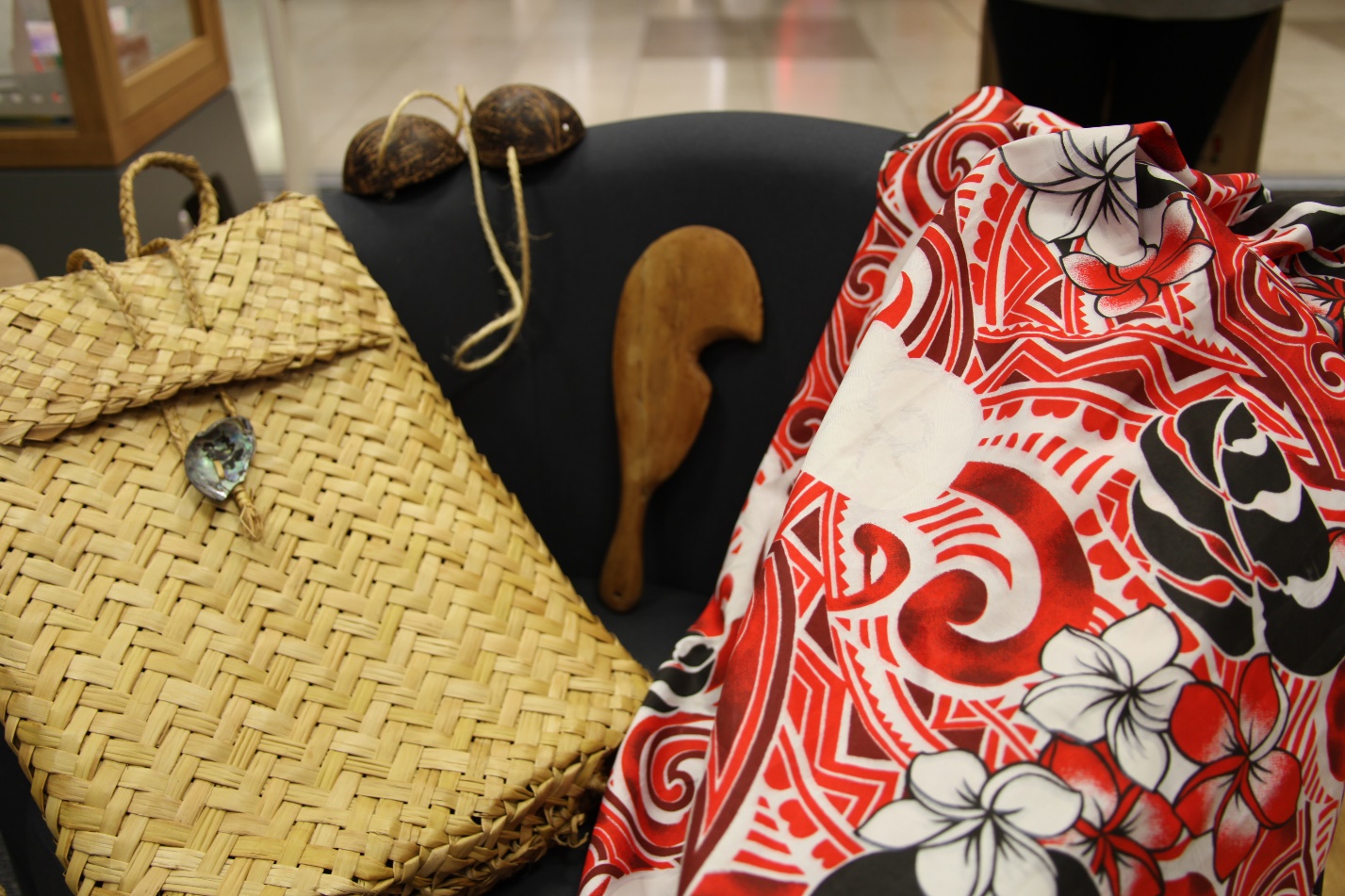 Fesilafa’i –primary weapon of Nafanua – a titled woman known throughout Samoa as a goddess of war.
Copyright of https://www.nps.gov/npsa/learn/historyculture/nafanua.htm

His British girlfriend told us how they’d seen the film Moana and he recognised the songs as being the same his grandmother used to sing him. He also told us how the first-born males in a traditional Samoan culture are supposed to play second ‘mother’, with long hair and dress, and that some try to avoid this role now, and that the tradition is being challenged. It was a privilege to hear such first-hand insights into contemporary Pacific practices, right here in the Lewisham pop-up museum, which seemed all about Cook’s Pacific encounters nearly two and a half centuries ago, but now sees so many contemporary connections coming through the door.

He rolled up his t-shirt to let us take photos of his tattoos (or tataus). And he explained that the first was given as young teenager, using a pig’s tooth, that this is a rite of passage typically witnessed by the extended family. He doesn’t have tataus on his legs because when he moved away he no longer earned ‘the right’. It seemed like a bitter-sweet moment in this tale of migration. 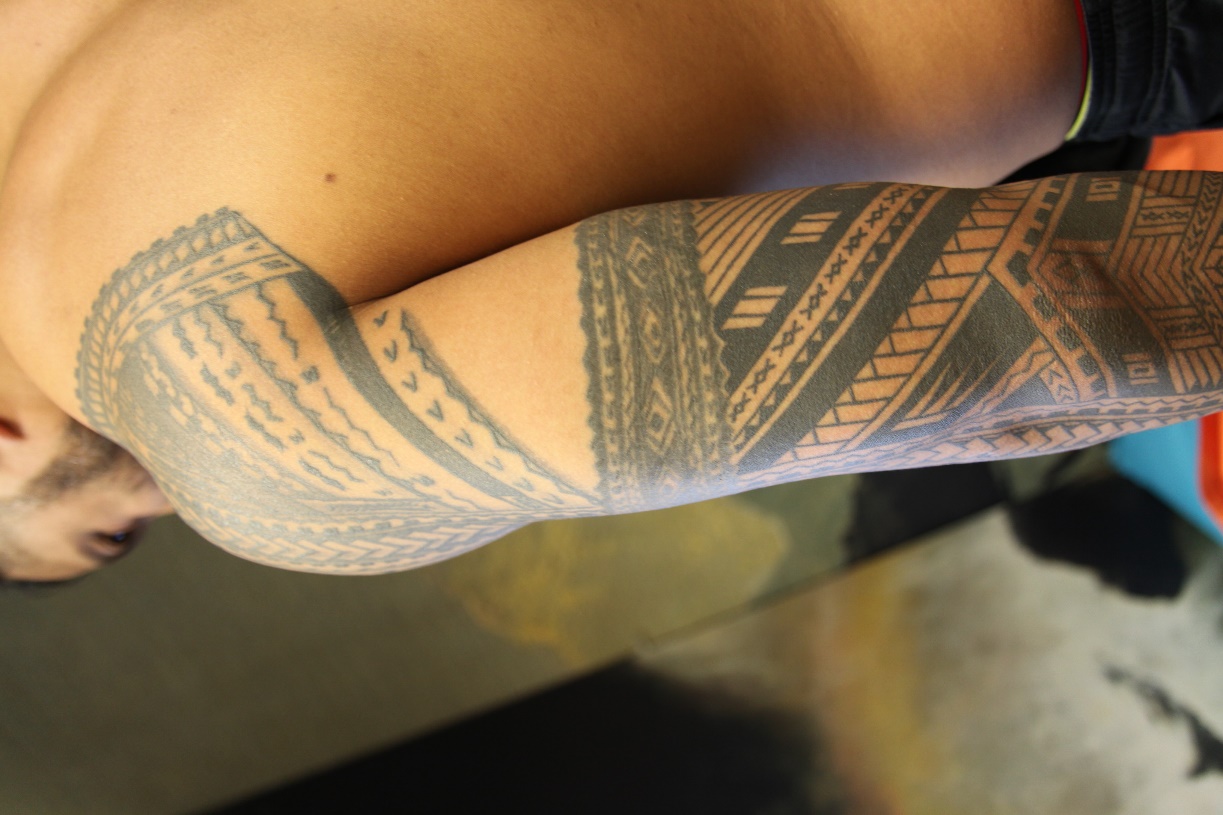 Kevin, who is half Mauri, originally met the Pop-up’s curator, Katy, whilst walking through the shopping centre when the National Maritime Museum was carrying out Pacific object handling, and he went on to become a consultant for the new Pacific gallery. He dropped in to the Pop-up with his wife and two of his children. His lovely daughter kindly let me photograph her tattoos, and his son, his ‘tiki’ pendant. 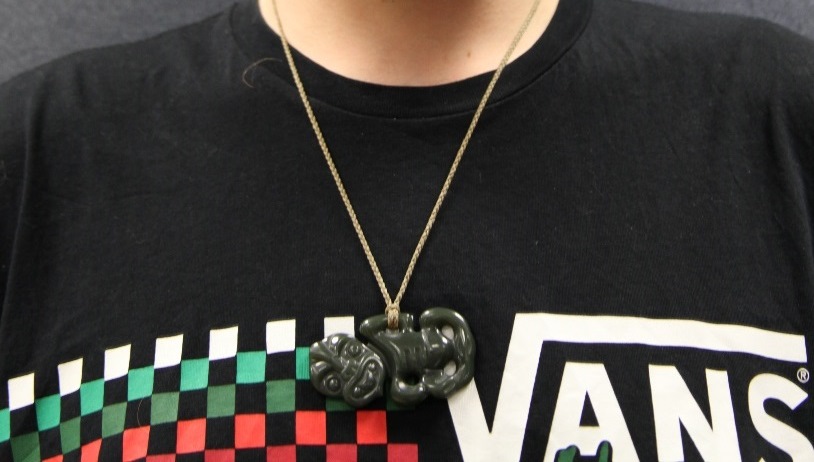 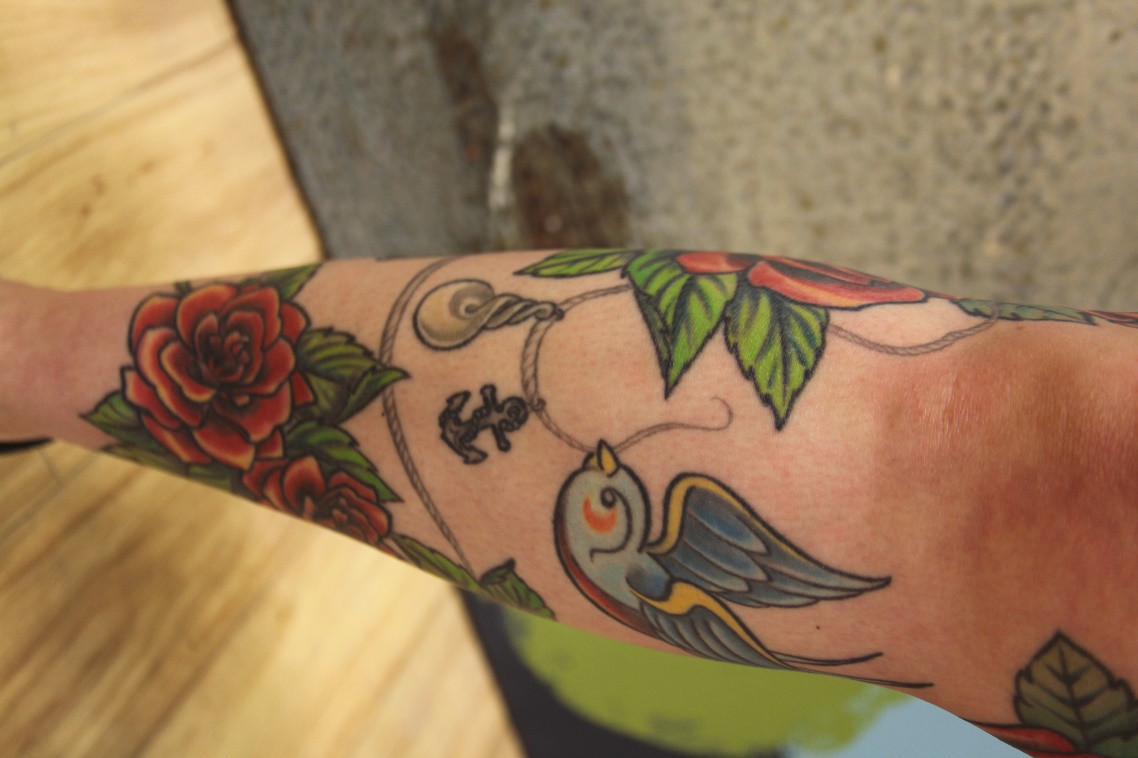 As a quarter Mauri, her marks form an elegant mix of her British, Jewish, and Mauri heritage. In fact they seemed like the perfect representation of the eclectic mix of communities who walk through Lewisham on a daily basis and have visited the pop-up and shared their fascinating stories. 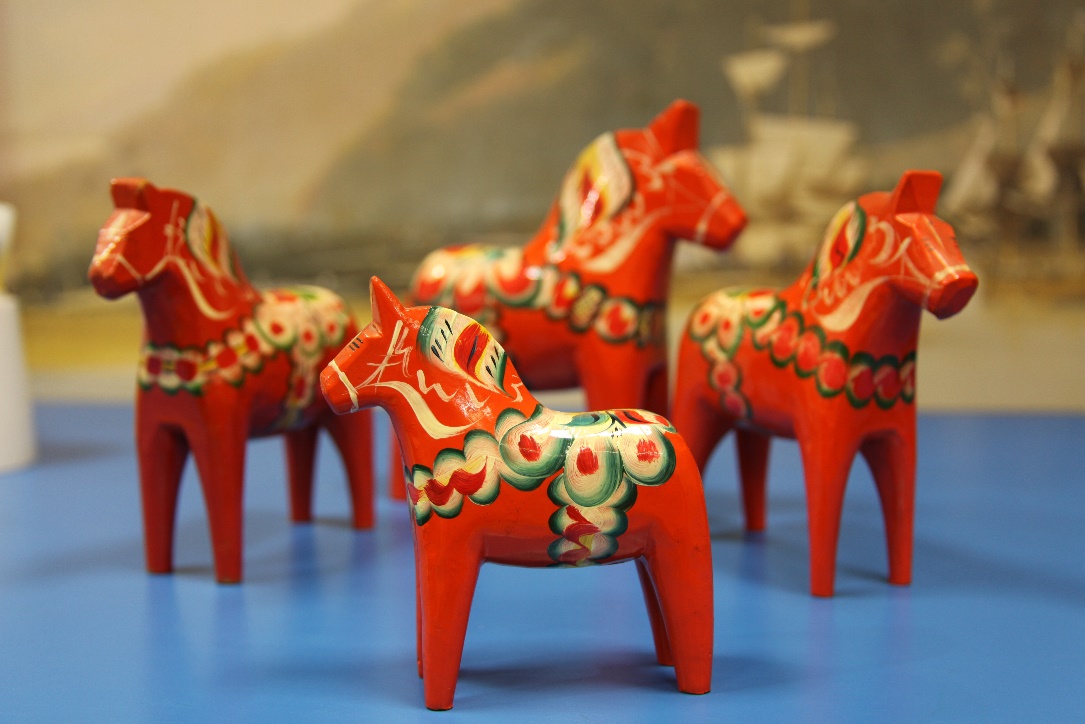 You can see these, and many other photos and stories of objects brought in by visitors in the Exploration case in the window of the pop-up in Lewisham Centre. Don’t forget to bring in your own objects so we can hear about the stories behind them. It’s the stories and conversations that fuel the pop-up museum and bring objects to life. 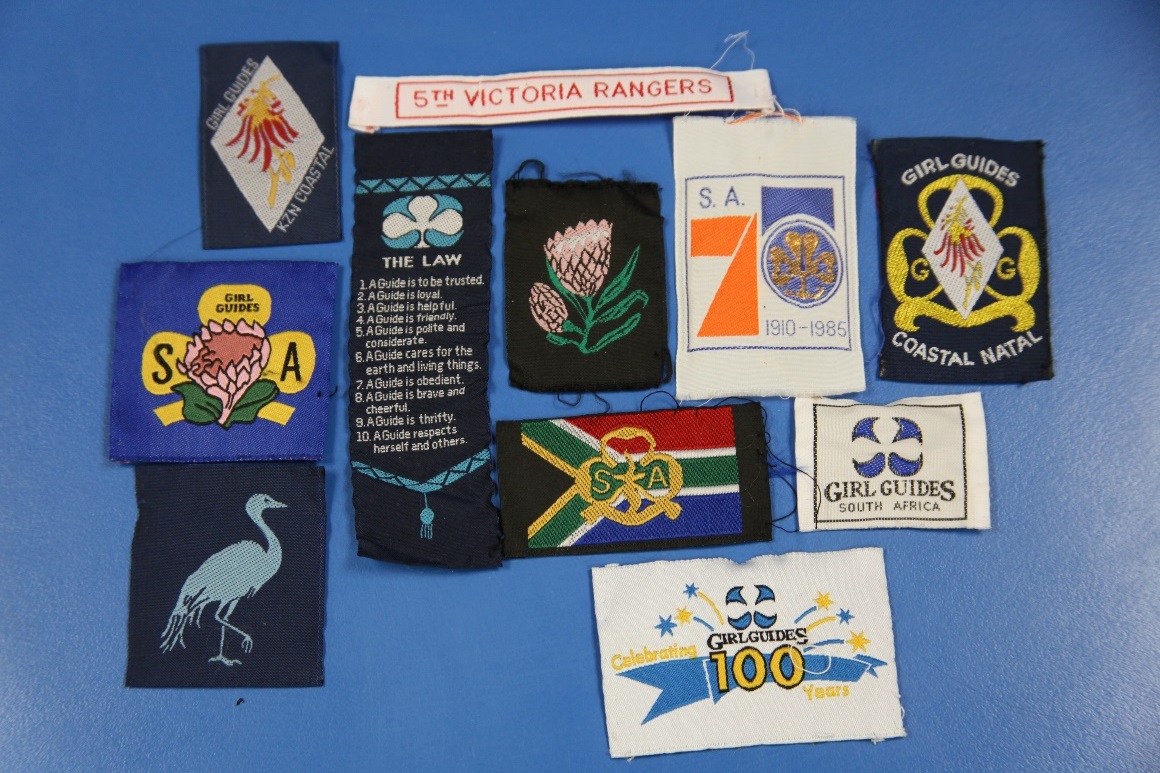 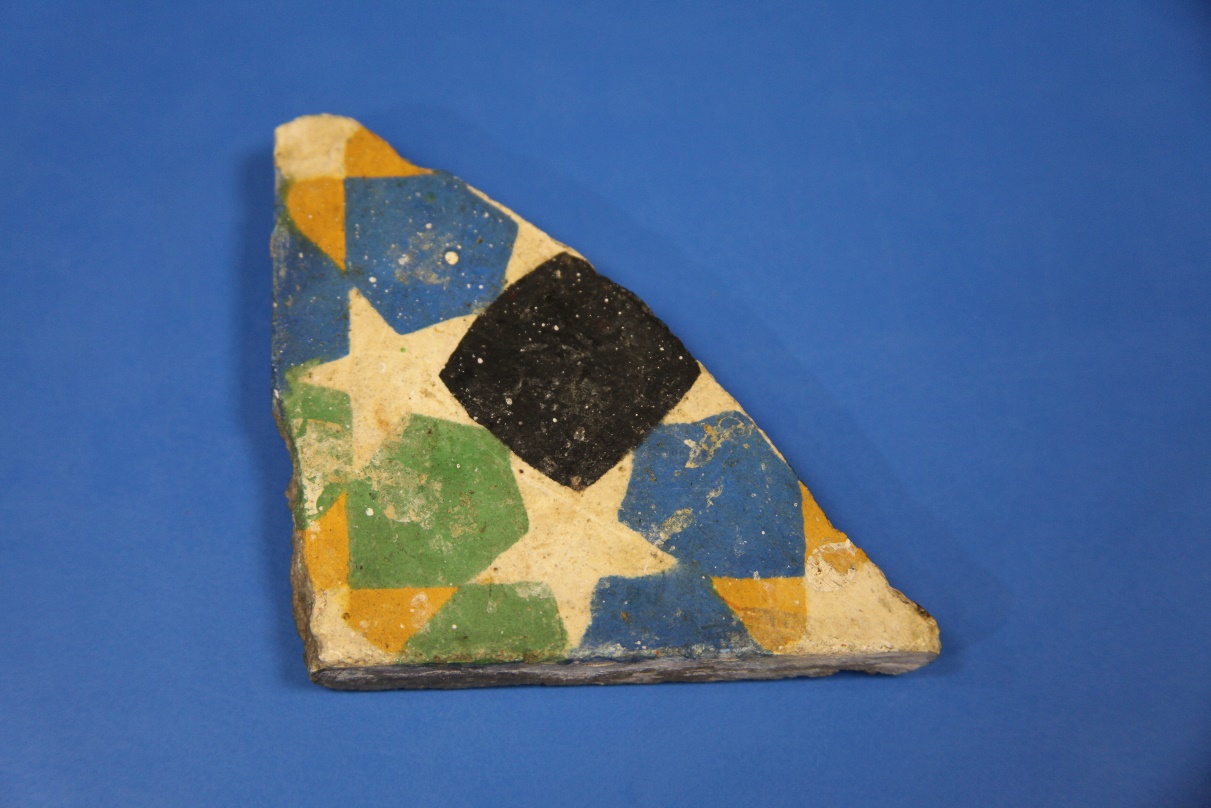 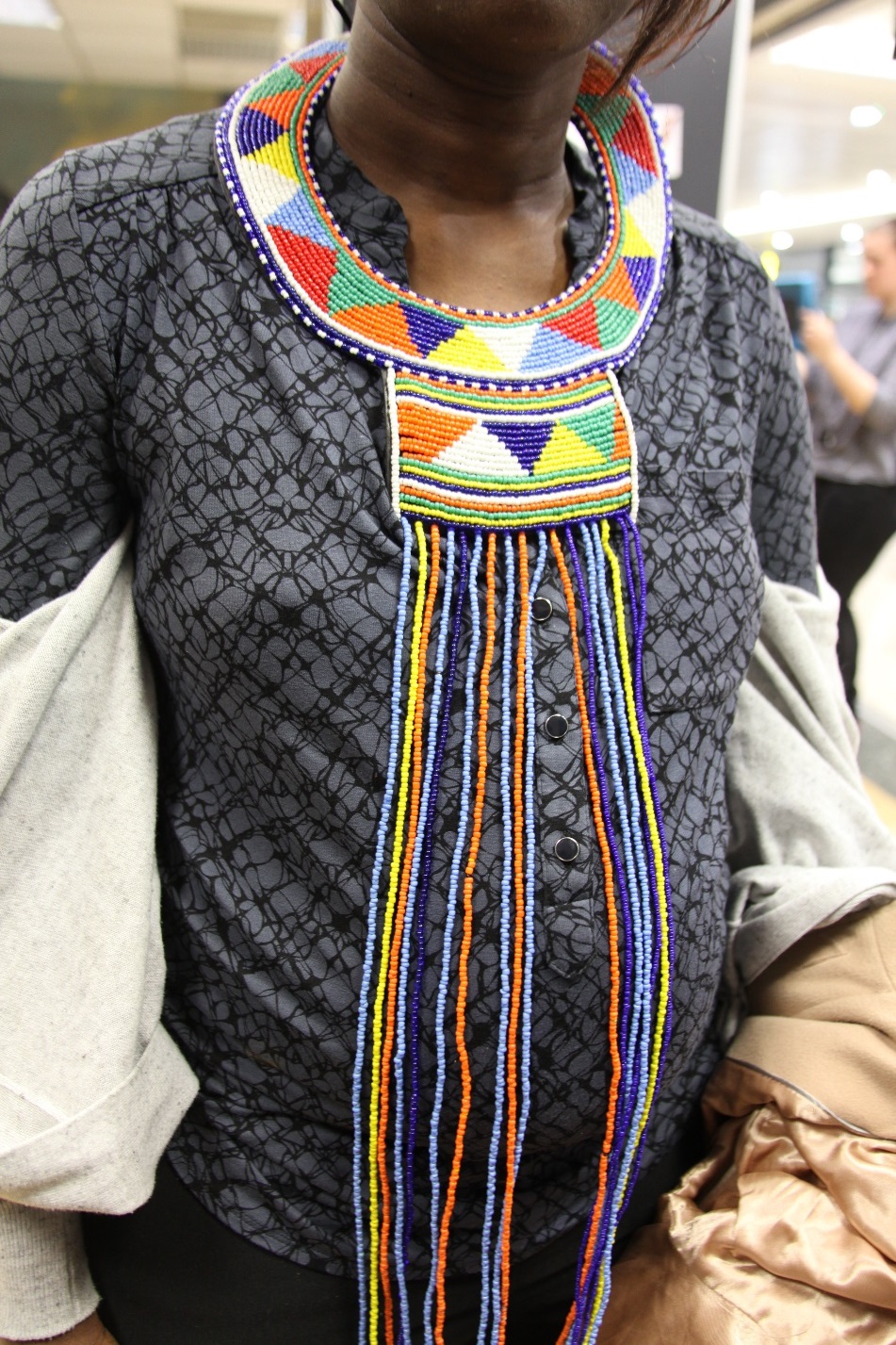