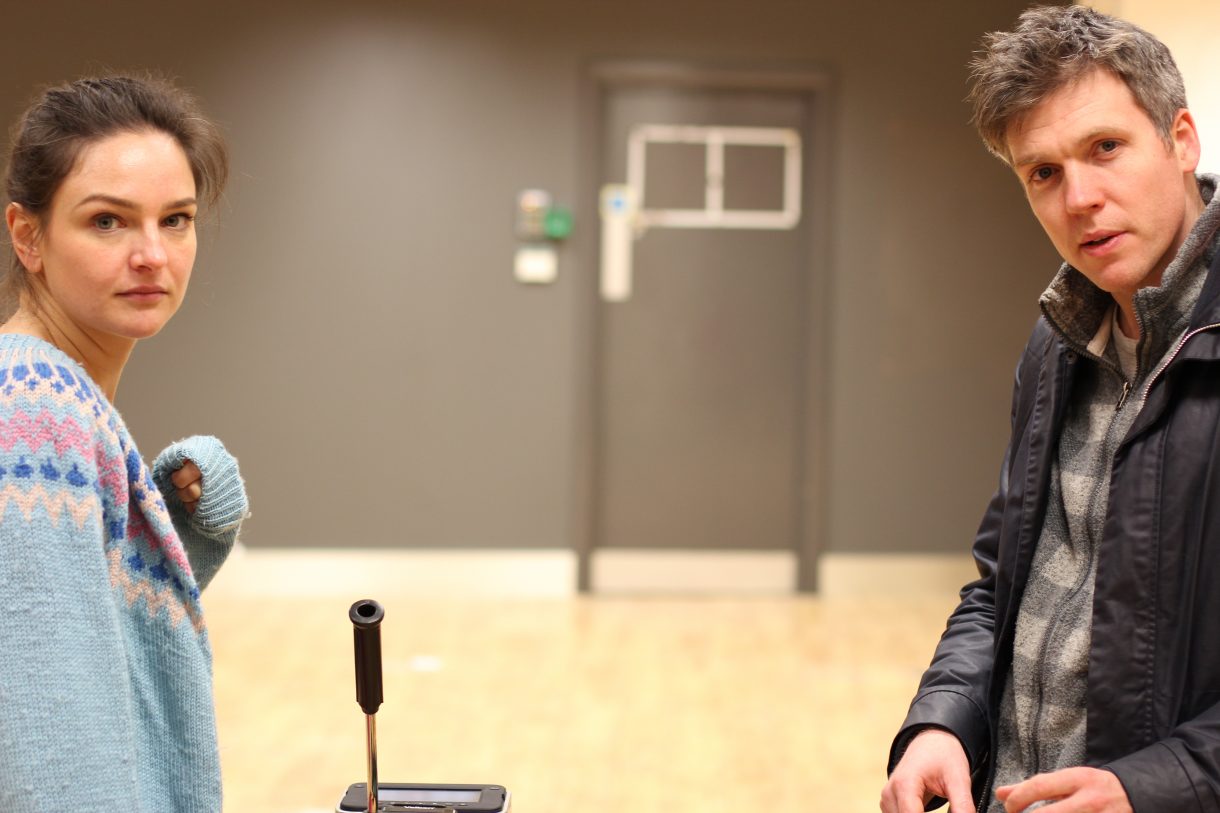 It’s hard for me to believe that Cracked Light Arts is already halfway through our six-month residency with the National Maritime Museum. We’re part of Travellers’ Tails – a project all about exploration, art and science, which is inspired by two paintings by George Stubbs. One is of a kangaroo and one of a dingo – they’re the first pictures in Western art of these creatures, and were a product of Captain Cook’s first voyage to the Pacific.

The Kongouro from New Holland

Portrait of a Large Dog

I’m going to make a confession – I’m not a massive fan of old paintings. I get that they’re important and valuable and all that, but if you’d asked me a year ago what inspires me, I probably wouldn’t have said ‘a 250-year-old painting’. But what’s brilliant about Travellers’ Tails is that it inspires people – including me – to delve into the stories and ideas behind the paintings.

So when Cracked Light Arts was invited to take over the National Maritime Museum’s pop-up museum in Lewisham Shopping Centre and create interactive arts activities inspired by the paintings, we knew we wanted other people to get as excited by these stories as we are.

We discovered that George Stubbs never saw a kangaroo or a dingo. He didn’t go on Cook’s voyage, but was commissioned to paint the pictures afterwards. He was given a description and a kangaroo skin (which he inflated with saline) and had to imagine the rest. Once I knew that, it suddenly made sense that ‘The Kangaroo’ looks like a fluffy soft toy, and that a lot of people mistake ‘The Dingo’ for a fox. So, we challenged people in the pop-up museum to draw pictures of Australian creatures just using the short descriptions we gave them. The interpretations different people have come up with are wildly imaginative, and the process let us all imagine what it might have been like to be in Stubbs’ shoes.

I started reading the diaries of Joseph Banks – a gentleman botanist who’s supposed to have paid well over £1million in today’s money to accompany Cook on his voyage and discover new species of plants and animals. Despite being written 250 years ago, they’re surprisingly easy to read. We wanted to find a creative way of sharing the diaries with people in the pop-up museum, so we photocopied pages, cut words out, and invited people to create their own ‘collage poems’. The poems are really striking – and we’ve also caught people reading whole pages of the diaries we hadn’t cut up yet!

The past three months have been a blur of trying out ideas and meeting brilliant people in the pop-up museum. We’ve made hundreds of kangaroo and dingo puppets; we’ve told stories and invented new star constellations; we’ve played games with playdough reinventing the evolution of the kangaroo, and drawn portraits and discovered poems. This residency has given Cracked Light Arts the chance to experiment – now we’re looking forward to the next stage of our residency, as we figure out how to take what we’ve made so far back to the National Maritime Museum.

If you’d like to see what we’ve been up to so far, check out this film…