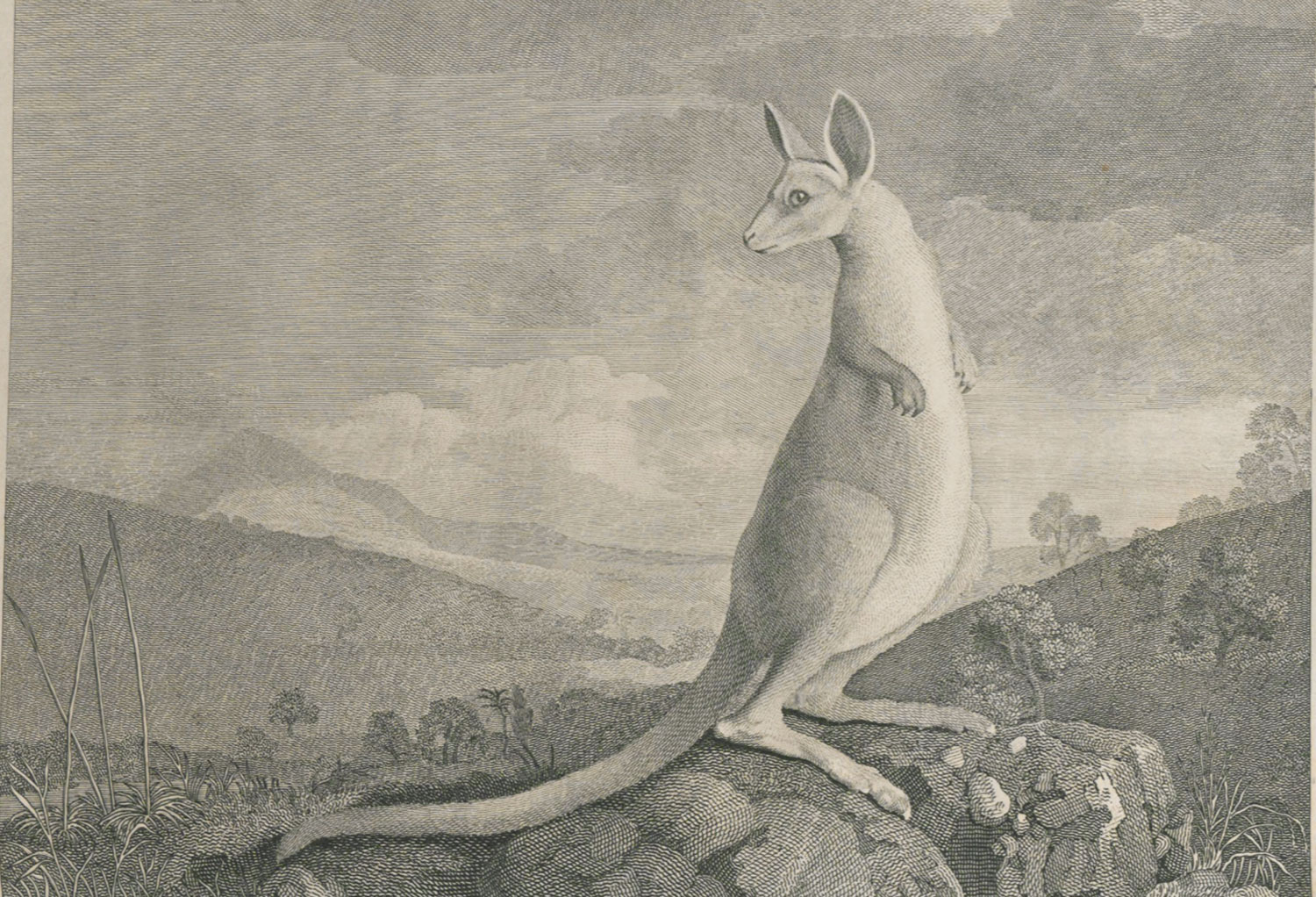 Considering the interrelationship between Stubbs, Banks, Cook and the Hunter brothers, this symposium placed Stubbs’s kangaroo at the centre of a number of burgeoning cultures of natural history in eighteenth-century London.

When Joseph Banks returned from Cook’s first voyage of exploration, he brought with him a new world. Not only did he bring collections of specimens that would occupy him and his assistant Daniel Solander for a lifetime, but he brought images and accounts of the South Pacific that changed forever how Europeans saw the world.

One of the oddest was the pelt of a kangaroo, a new animal encountered by the expedition in Australia, which would tax scientists and fascinate the public for decades. Banks commissioned George Stubbs to paint the animal’s portrait, reconstructed from the inflated or stuffed skin, drawings and descriptions. The painting then hung in his house in Soho Square, part of a domestic and scholarly space that soon became a virtual institution where the scientific community gathered.

Further afield, Banks’s specimens were dissected and analysed by the famous surgeon brothers William and John Hunter. They became anatomical objects in the same spaces where the Hunters taught and studied human anatomy, and where they displayed their collections, including others of Stubbs ‘exotic’ animal paintings. Stubbs’s kangaroo was rapidly engraved for the published public account of Cook’s voyage, while Cook and his successors brought back live kangaroos for royal menageries and popular entertainments.

Considering the interrelationship between Stubbs, Banks, Cook and the Hunter brothers, this symposium placed Stubbs’ kangaroo at the centre of a number of burgeoning cultures of natural history in eighteenth-century London. From the gentleman-scholar’s fashionable home, to the practical and controversial space of the anatomy theatre, to the hyperbolic public entertainment, the kangaroo brought a new ‘exoticism’ to natural history.