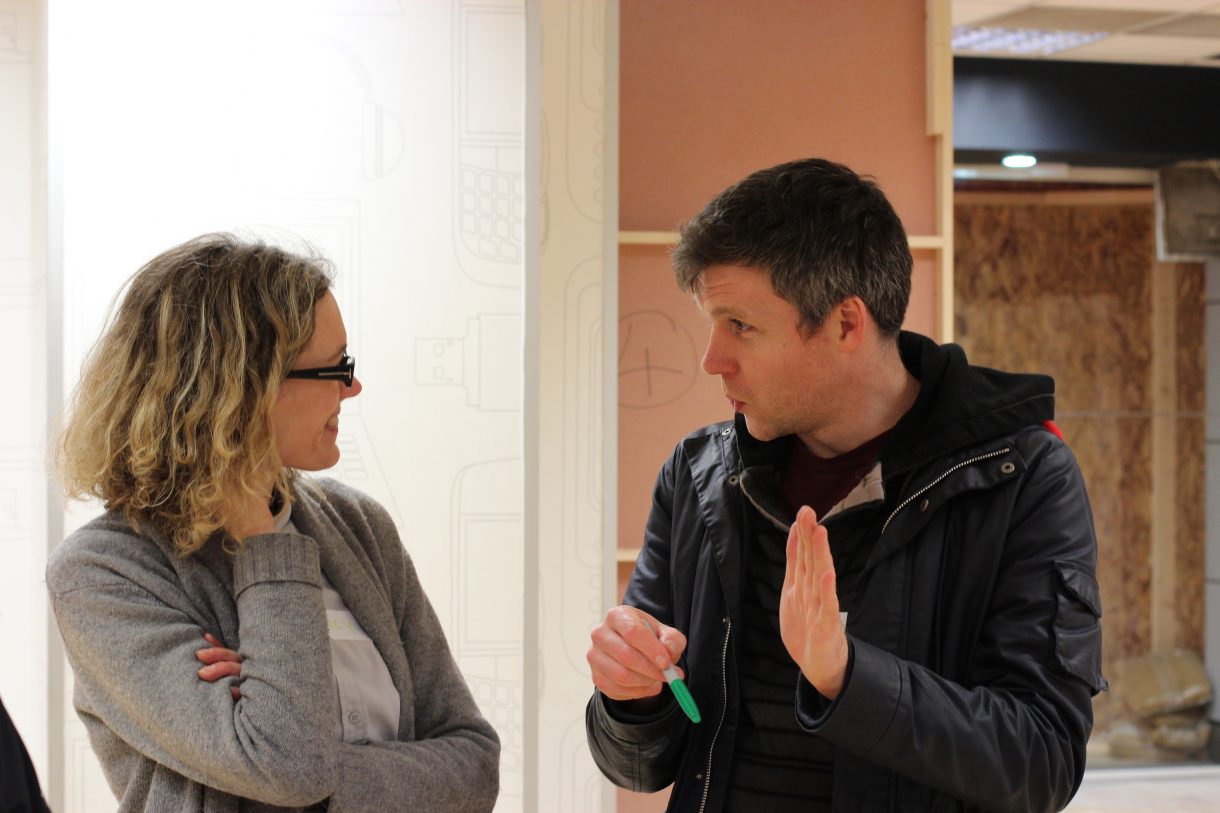 I like games. They are great tool for learning and a fun way of actively engaging with material. And, of course, they can be highly enjoyable.

I am lucky enough to have made games for many of my favourite museums including the Science Museum, the Natural History Museum and the Wellcome Galleries. Now, as an Artist in Residence at the National Maritime Museum, I have a chance to make some games where I have more time to tweak and alter the rules to see and look more in depth at how these changes alter the experience of the players.
The games I make are social games. Technology might be involved but the emphasis is more on playing together and/or responding in the real world environment. I am more interested in making people talk and move than making them press buttons. In general, my games have more in common with participatory, immersive and promenade theatre than Super Mario.

At the pop up museum, we are making work inspired by and connected to the paintings of a kangaroo and dingo by George Stubbs and more generally to the first voyage of Banks and Cook aboard the Endeavour.
I am fascinated by how strange they would have found these animals which are now so familiar to us. Much of the art and activities we have been producing has been centred on trying to make these creatures seem weird again.

My background is in evolutionary biology. I remember once reading how, while Charles Darwin was in Australia, he said the fauna was so strange that it was as though “there were two creators”. Australia sparked some of the ideas that would lead him to develop his theory of evolution by natural selection.
To try and illustrate some of these ideas that I was mulling over, I developed a game that would challenge people to recreate a simplified evolutionary path from the earliest of life forms to a kangaroo. We gave them a mass of playdough, a time-lapse camera and an automated screen that flashed up instructions mirroring the evolutionary pressures that eventually lead to the kangaroo.
This video shows the result.

It was a fun game to play though I am still trying to decide if it was a success in terms of subtly communicating the biological concepts. If nothing else though, it was a fun way of engaging people in conversations around these topics and making them familiar with the idea that all species change, even if the precise details of the kangaroo’s evolutionary history are more complicated. I will continue to play with the rules to see how it alters what players learn and how they interact with each other and the game.