Conservation work was a crucial part of the Travellers’ Tails project. The Conservation team at the National Maritime Museum studied ‘The Kangaroo’ and ‘The Dingo’ after their acquisition in 2013 and the Scientific Department of the National Gallery kindly undertook analysis of the pigments and media. Elizabeth Hamilton-Eddy re-varnished the paintings and retouched some old areas of damage. The paintings were both reframed in microclimate frames, which keep them stable in a constant relative humidity.

Both works are painted in encaustic (using wax as the medium). As relatively little is known about Stubbs’s working methods using beeswax, the Conservation department employed an intern, Anna Don, to try and recreate ‘The Dingo’ using original 18th-century techniques. The film to the left details Anna’s investigations. As Katy Barrett, Curator of Art at Royal Museums Greenwich, says it really ‘allows you to stand in Stubbs’s shoes and get a sense of how he worked on the painting’. 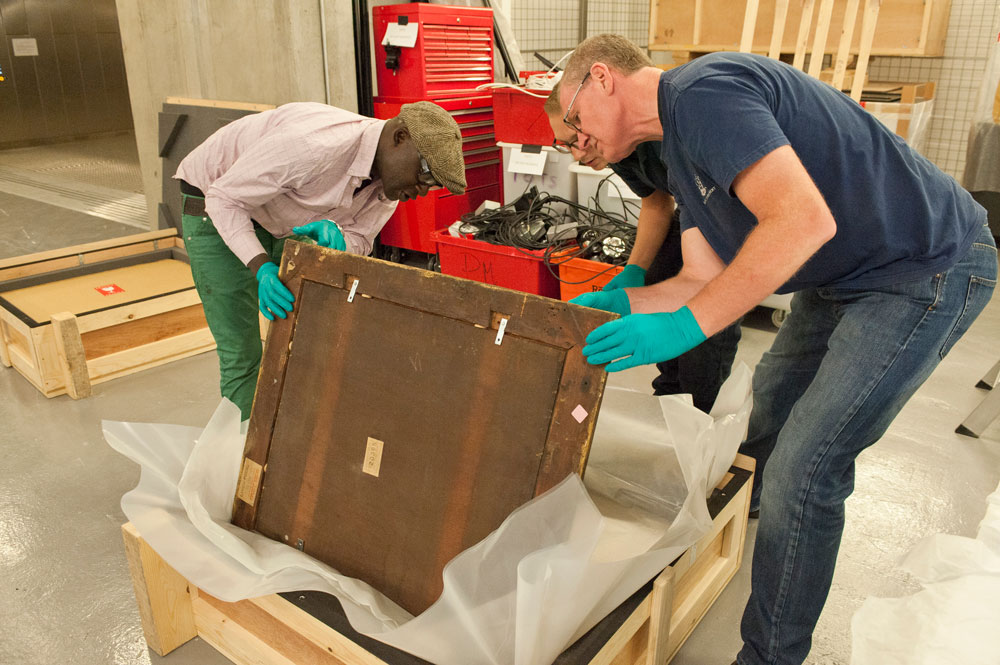 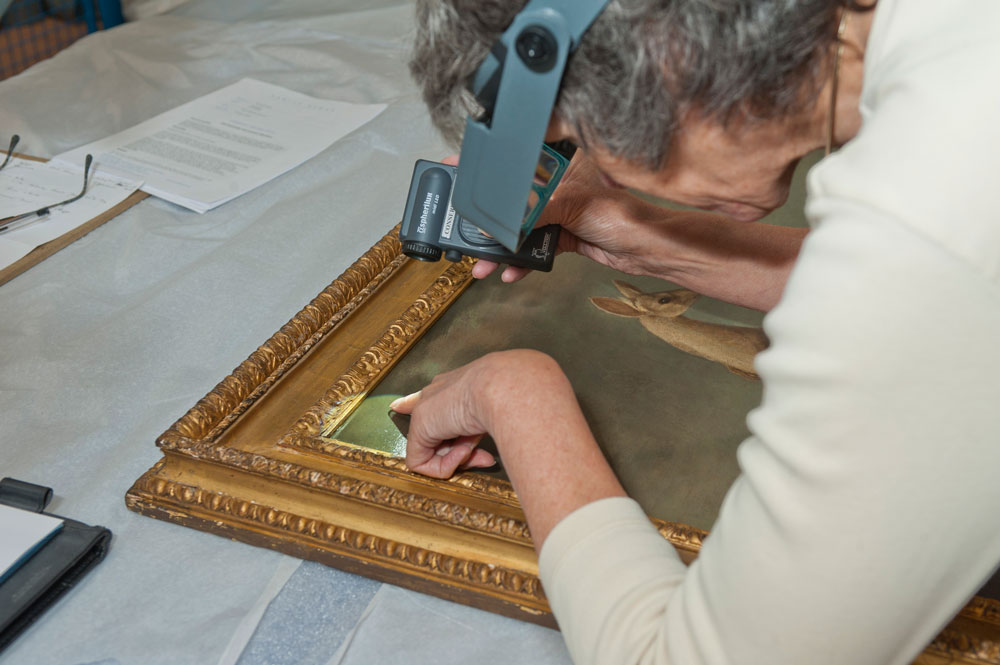 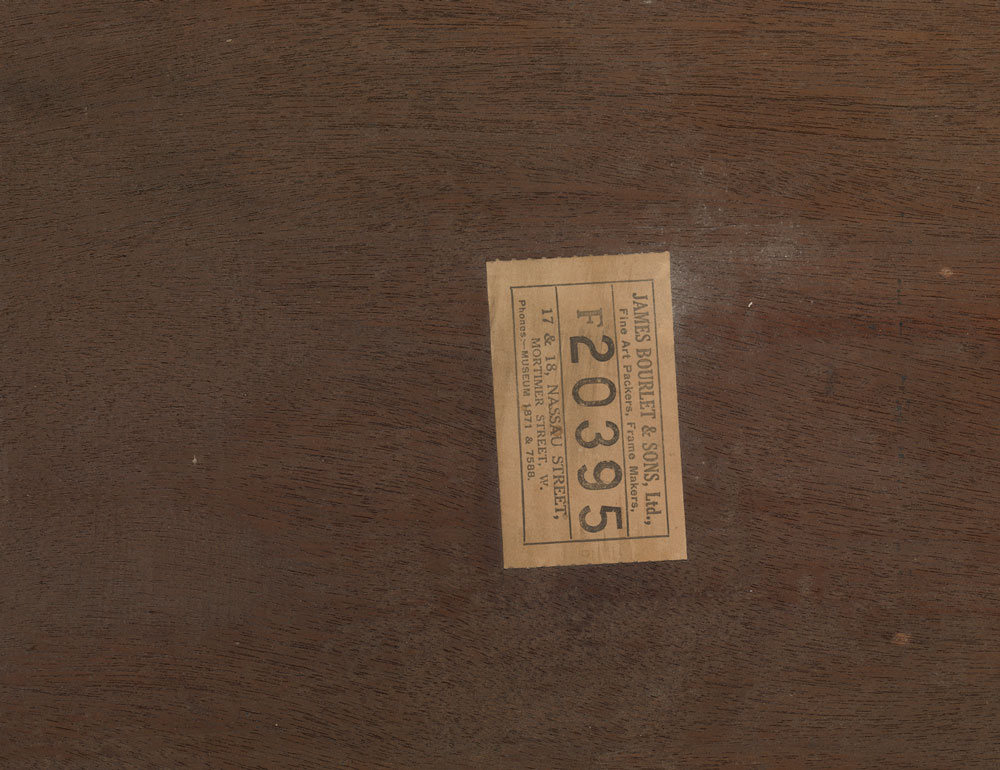 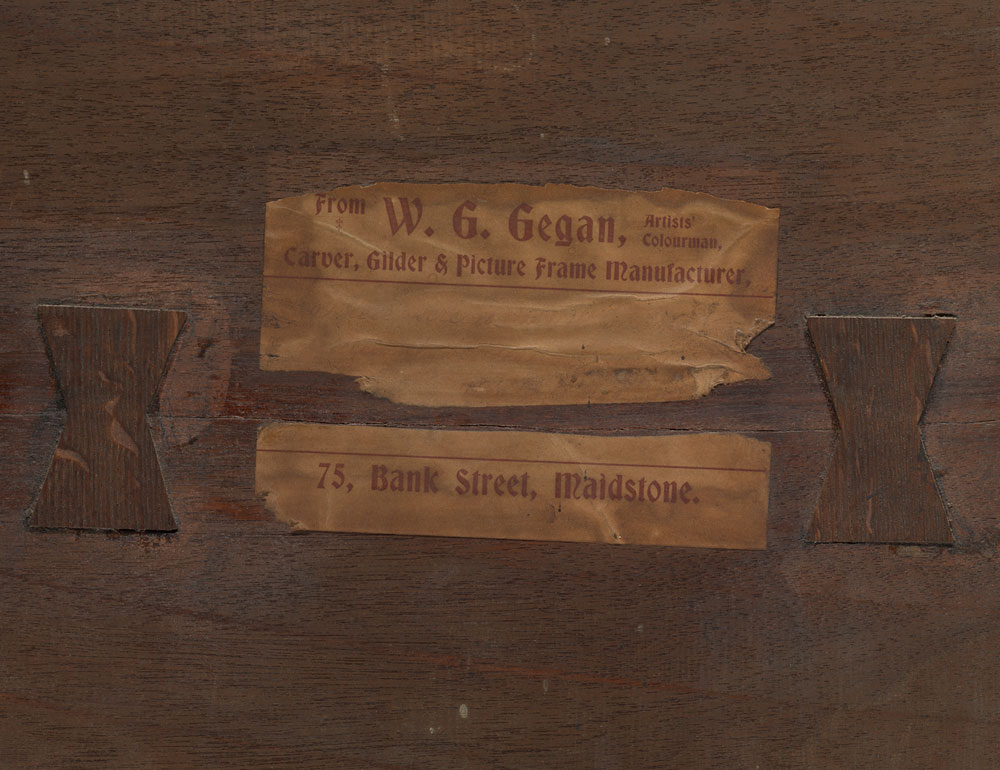 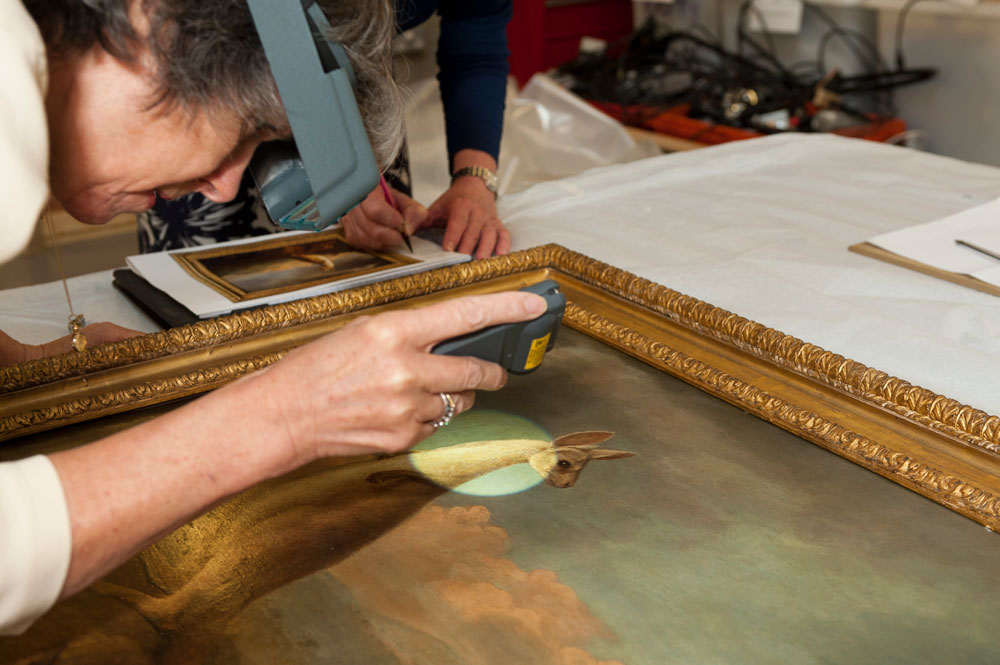 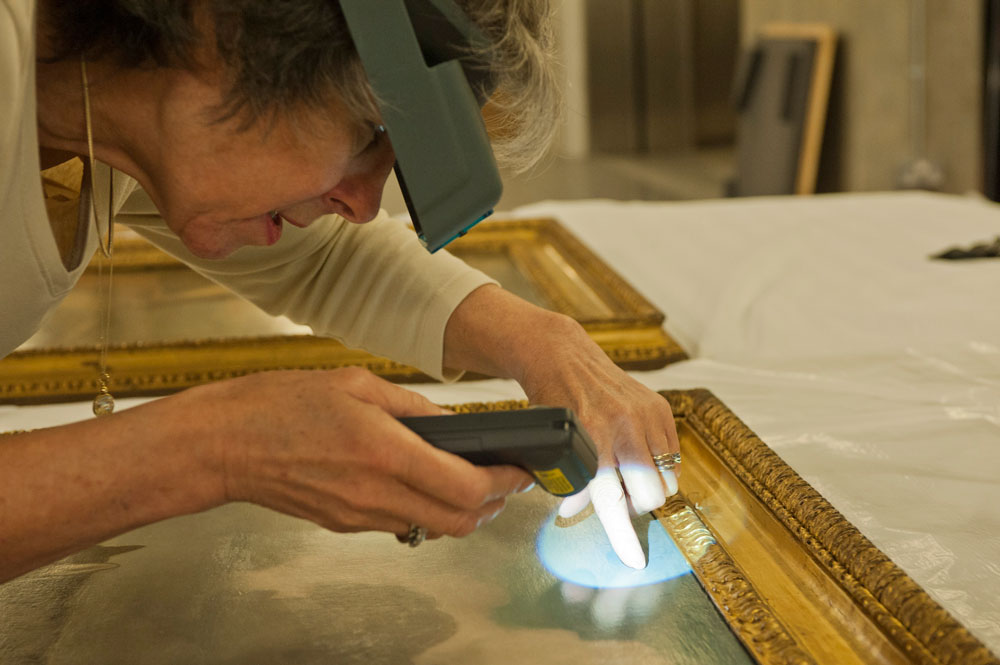 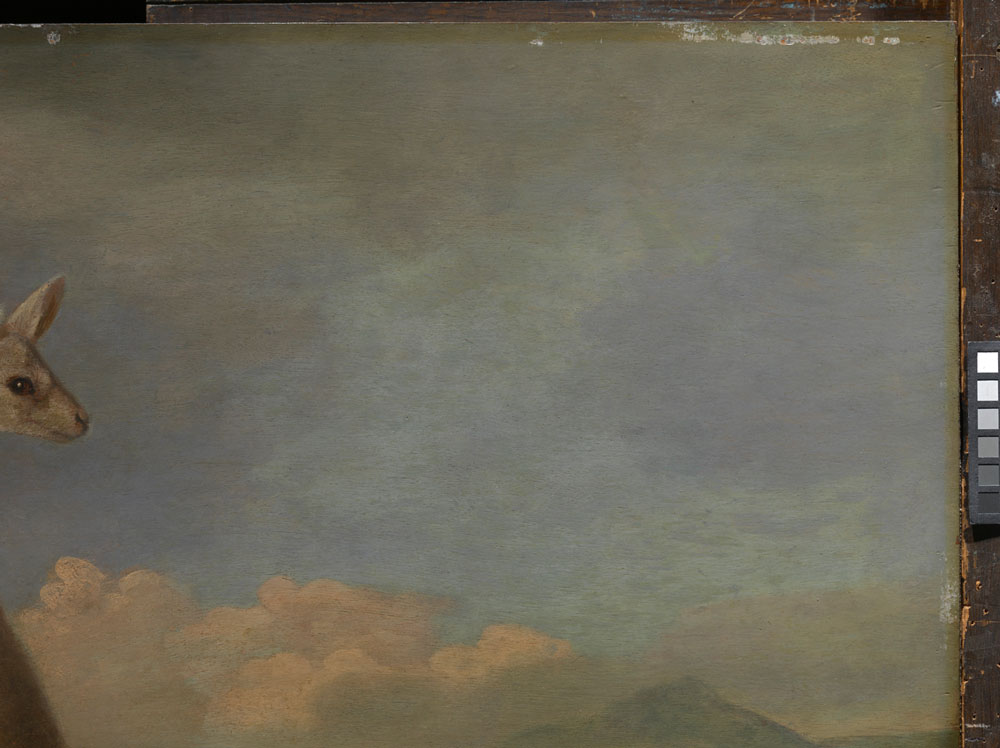 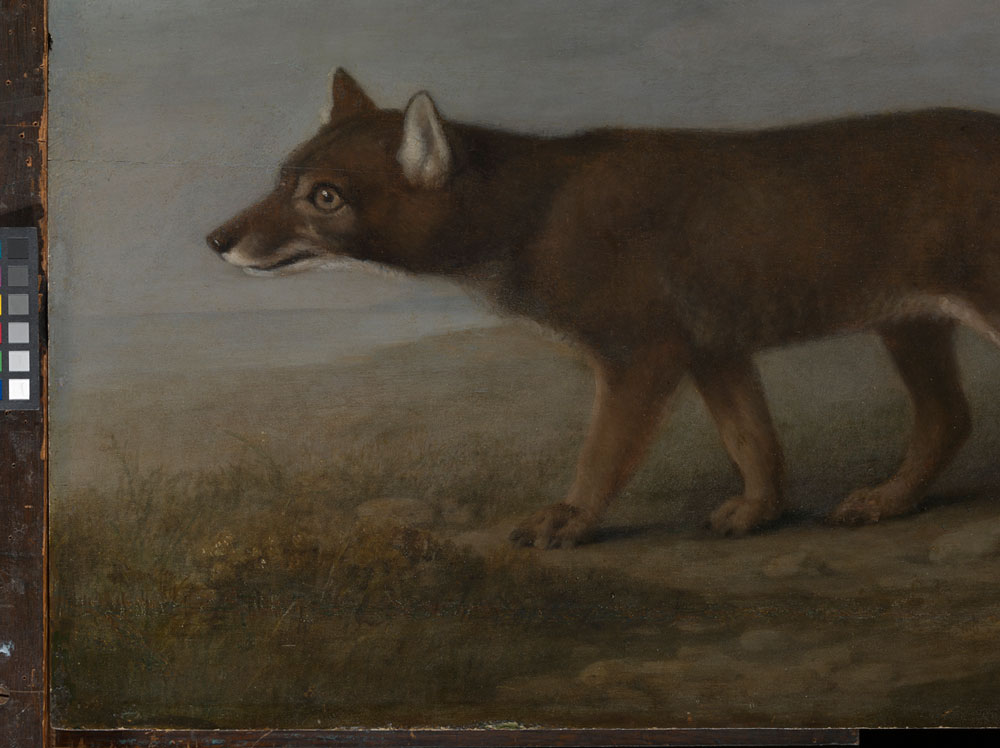 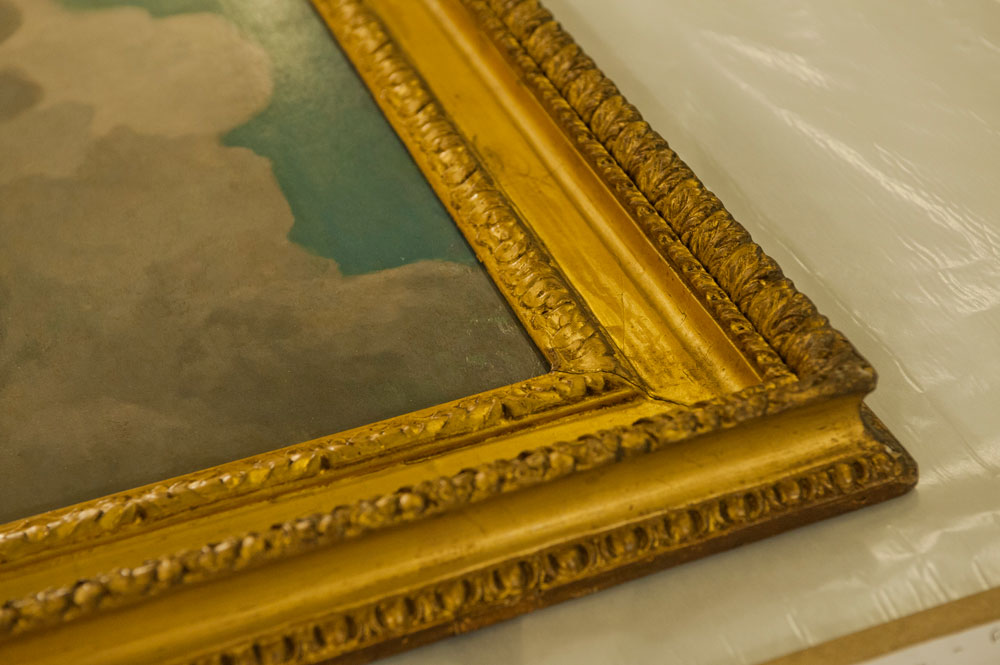 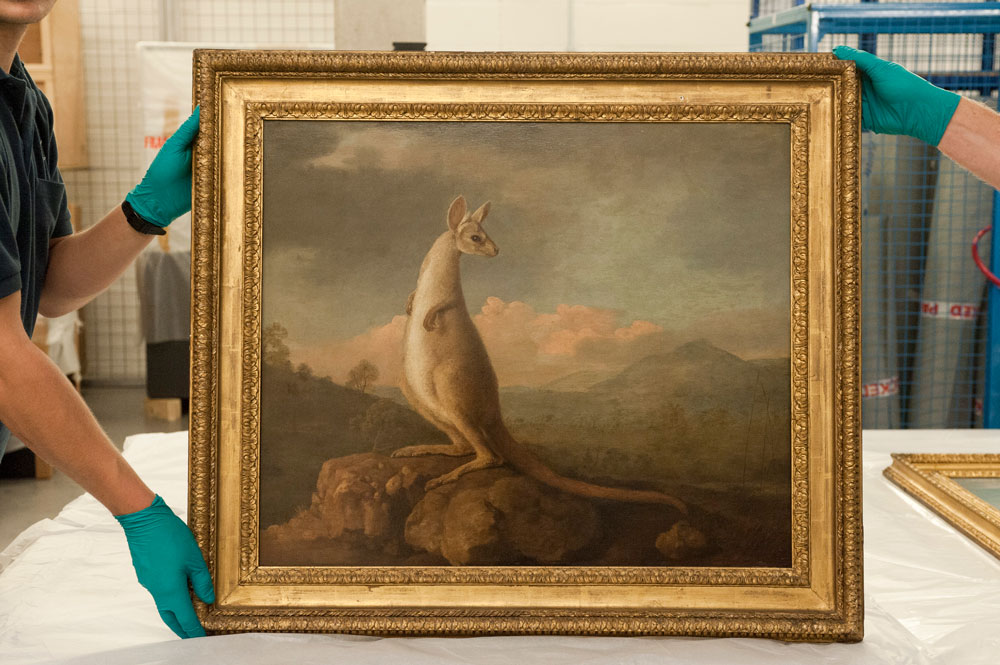 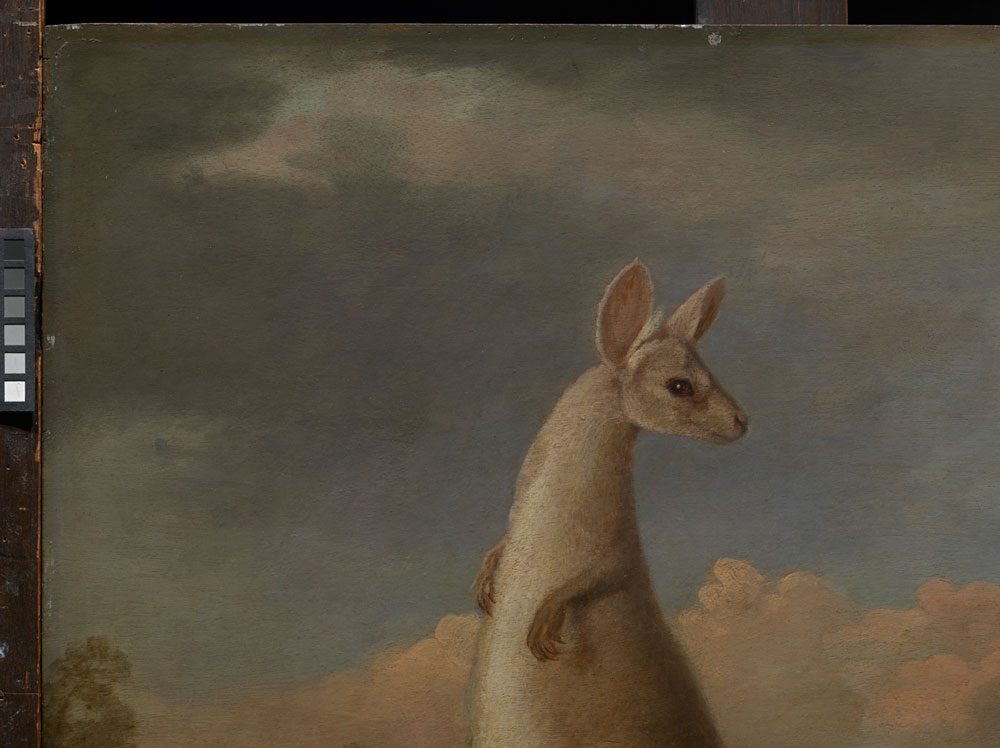 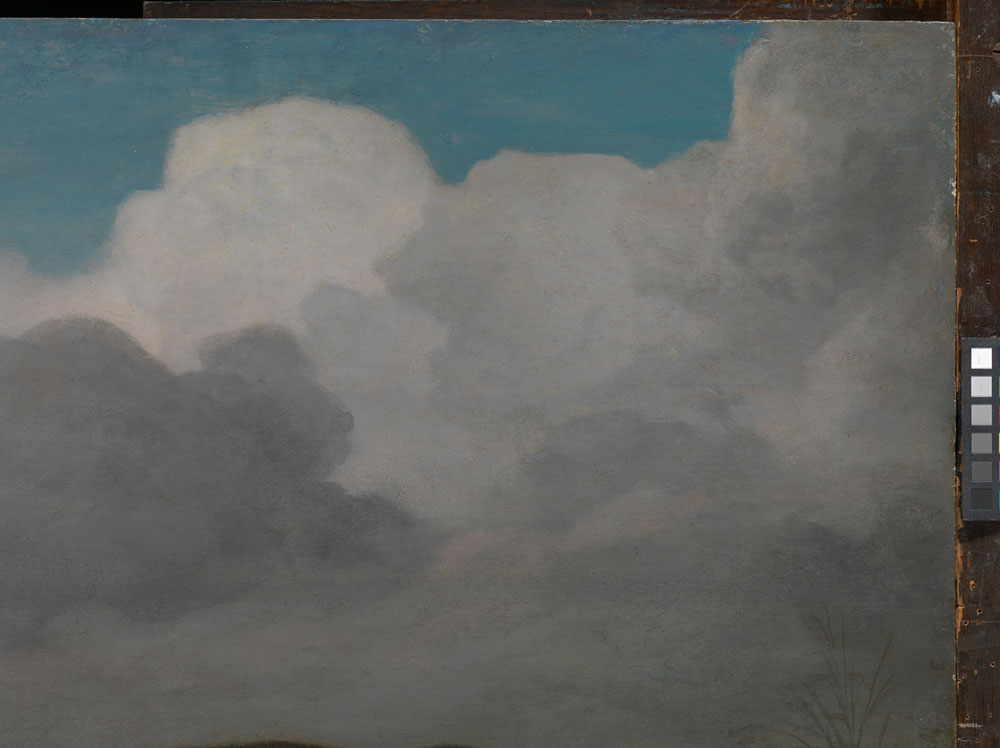